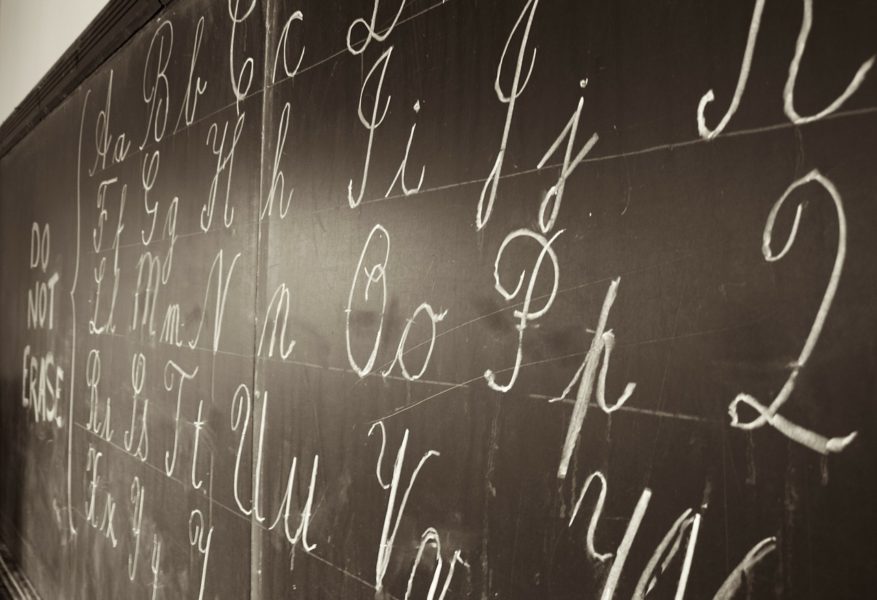 South Africa has a growing number of unemployed teaching graduates, especially Black teaching graduates. When Dr Blade Nzimande took office as Higher Education minister, he increased the number of bursaries for teacher training, supposedly to remedy the extreme shortage of teachers. Last year, R2.4-billion was allocated by the Higher Education ministry to providing scholarships for study in “scarce skills” areas, including bursaries for the Funza Lushaka teachers’ training programme.

Nzimande cited Council for Higher Education statistics during his most recent budget vote speech showing that about 40% of those who enrol in higher education institutions, drop out. However, even those Funza Lushaka students who do manage to complete their four-year degrees find themselves unemployed, even if they have trained to teach Maths or Science, subjects said to be especially lacking in qualified teachers.

The hopes that many of the Funza Lushaka graduates have of a placement at a school have generally faded by the month of March. This is the time of year when friends tell stories of having applied at dozens, if not hundreds of schools, only to hear that no posts are available – even in schools where there are over 50 pupils to a class and where it is apparent that teachers are desperately needed. One wonders what the government is doing training teachers, and giving them the impression that they will be placed in schools after graduation, when it clearly has no intention of finding jobs for them.

The strangest thing about this state of affairs is that many pupils, even those as young as six, are completely excluded from schools, which are “full”. Many other countries in the world either set up prefabricated classrooms and hire additional teachers, or build new classrooms as soon as the school heads towards full capacity. This happens as a matter of course, yet schools in South Africa are simply declaring that they have no more space, leaving children and teaching graduates out in the cold – despite the right of children to a free education. In Cape Town’s Philippi East, where the DA governs, reports surfaced last month that parents of 80 Grade one and two pupils who could not get places in local schools, had set up their own makeshift school in a community hall. It is not clear if the department has placed these children yet.

The same thing happened in Cape Town’s Mandela Park in 2003. The Anti-Eviction Campaign mobilised unemployed and retired teachers and occupied the Andile Nhose community centre to set up the ‘Peoples’ Power Secondary School’ to cater for 1800 excluded learners. According to research by professor emeritus Martin Legassick, the provincial department of education (then in the hands of the ANC) shut the school down after eight months, leaving hundreds of learners without a placement. This was after the school was invaded several times by riot police and learners teargased for the ‘crime’ of having occupied the community centre to use for a worthy activity.

Both the ANC and DA governments are generally failing to extend existing schools, or build new schools or hire new teachers. The ANC should shoulder more blame since it governs eight provinces as opposed to the DA’s one. But the problems faced by learners and teaching graduates are universal across all nine provinces. The programme to eradicate mud schools and other ‘inappropriate structures’ is a separate matter to the problem of existing brick and mortar schools that government is failing to extend, upgrade and staff with new teachers.

Compounding the problem is the institutional racism that dominates all aspects of education in South Africa. Many schools, euphemistically known as ‘former Model C’ schools deliberately keep the numbers of Black students at a very low level and refuse to add extra classes even though they have the physical space and amenities to increase in size. Often, the refusal of these schools to admit Black children is a topic of conversation among parents of Black children. One Black parent told me that she rented a flat directly opposite a popular Model C school in Cape Town after hearing that Black children were frequently rejected for being “out of zone”, only to be told simply that the school was “full”.

Another was told that only owners of property were eligible. Another applied for a grade one place at the same school on the same day as white families from the same neighbourhood one suburb away, but was also told the school was full, even though the white children were admitted. These stories circulated through the pre-school that all the children attended. Yet the principal of this Model C school had the gall to tell a university audience that her school was struggling to become more diverse because Black families did not apply for places for their children – so much so that she was contemplating a special project to bring in Black children from a township 20 kilometres away.

The government’s imminent R2 trillion nuclear deal has thrown the whole situation into stark relief.  There is no government in the world that can borrow R2 trillion and pay the exorbitant interest rates on this hefty amount, yet cannot afford to build new classrooms and schools. The ANC and DA are very good at issuing press releases every time they set up a pilot project in a classroom with 20 iPads, but cannot seem to bring themselves to simply accommodate all teaching graduates and all learners in ordinary, functional schools. It is really unclear how the government plans to see that the pupils of this country are educated and very worrying to see the highly qualified teaching graduates mouldering at home, neglected by the government, even though many Black teaching graduates in particular say they are committed to working in township schools in service to the community.

Majavu is a writer concentrating on the rights of workers, oppressed people, the environment, anti-militarism and what makes a better world. She is currently studying for a Masters Degree in New Zealand.

This site uses Akismet to reduce spam. Learn how your comment data is processed.